close X
SUBSCRIBE
TO OUR NEWSLETTER
For you, a GOOD 5€
your first online purchase!
Get in the EXCLUSIVE our news and our promotions 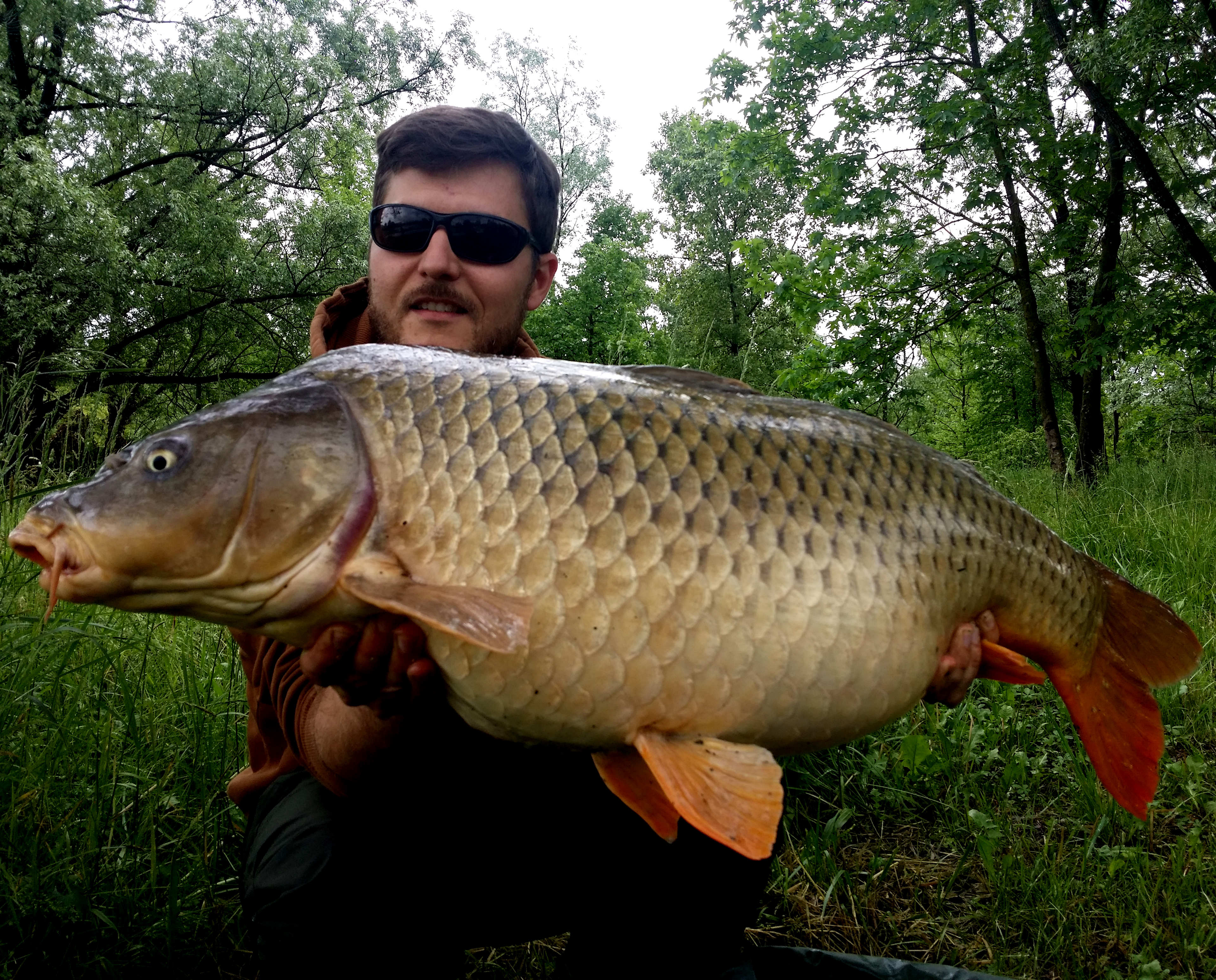 Hello! I am Paul and my passion, as you can see from the photo, is the fishing. I work the lakes and the rivers from when I six years and the techniques I have tried, more or less, (almost) all. Since 1999, living with the "fever" of carp fishing, which is still "my" technique. Working in the world of fishing since 2001, first as a reporter and editor for the tested Fish for Carp, Fishing, Carp Fishing Magazine Carp Fishing Mania, then as editor of the monthly Carp Fishing Top. Today I work as a full-time SportIT, where I take care of everything related to our wonderful passion. If you want to contact me, for info but also to give me tips on how to improve our website, write to the mail fishing@sportit.com!

How to reverse a fly fishing reel 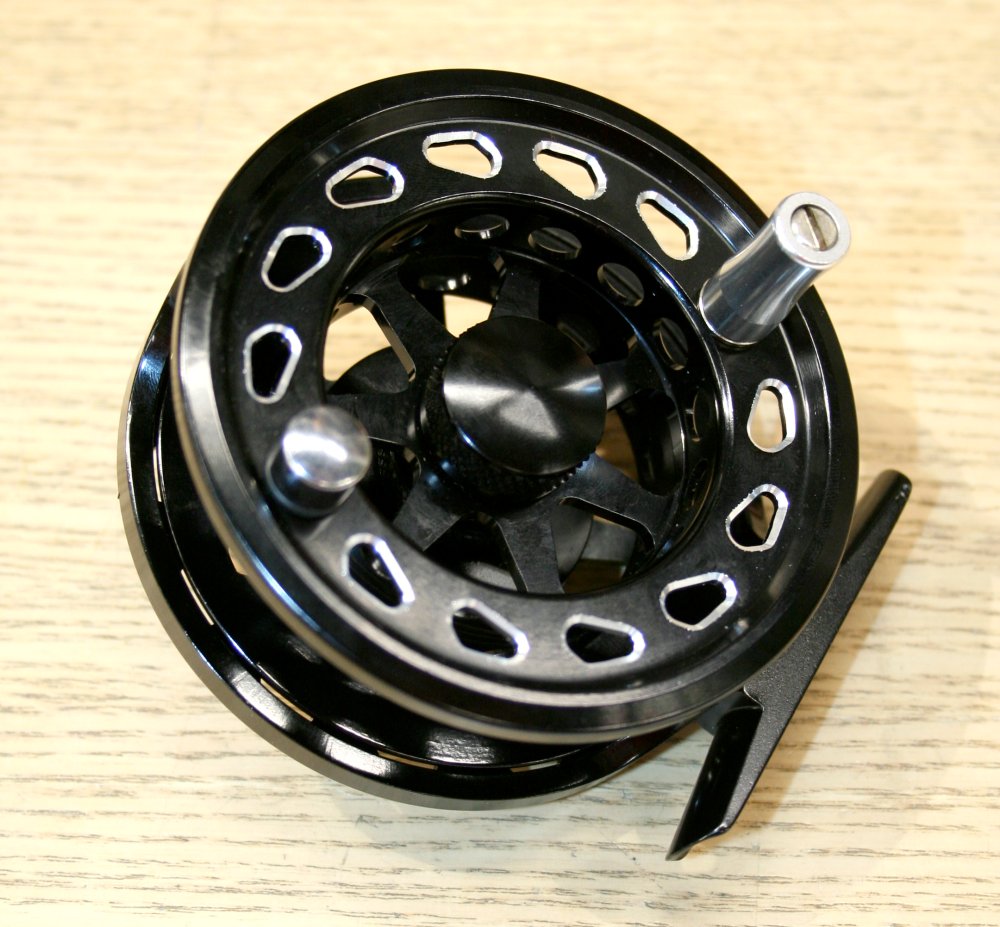 We, the fishermen, you know, we are not all the same. And it is not only about different passions, or of those who practice spinning, carp fishing, or fly fishing.
Physically, we are physically different: just think to the preferred hand, there is who is right-handed and who is left-handed.
purchasing reel, this element is very important. In fact, the fact that the crank of the reel is to the right or to the left, it is crucial to "work" well with the tools.
general, in the european market, all the reels in the sale are provided with the crank, then for the fishermen that they grip the rod with your right hand. In short, it is taken for granted that we are all right-handed.
In the United States, however, where a master is by far the reels casting, the cranks are the 99% percent mounted to the right and it is not uncommon to see a lot of fishermen, move the barrel on the right hand for launch, and then move it to the left to recover. They also do the "pro" at events like the Bassmaster Classic.
This type of detail is very "heard" by fly fishing. Exactly as in the reels to the drum fixed, the reels casting, even the reels of moscow have a crank and a "sense" of rotation.
Despite being less decisive in the view of the equipment compared with other techniques of fishing, the reels from moscow to be reversed, to the right or to the left depending on the requirement of the moschista.
In this guide we will discover how to reverse a fly reel, helping us with a series of photos very clear.
For these photos we used a fly reel Airflo: in general, the structure of the eddies from moscow is very similar, so the procedure is applicable to 90% of the reels in the trade. Change is typically only the presence (or not, as in the case of this reel Airflo) of a spring metal that holds the bushing bracket.
lets Start with steps , illustrating the methodology to invert a fly reel in the whole safety and speed.
STEP 1
The first thing to do is to unscrew the lock that is located on the side of the crank. In this way, we can divide the two cheeks of the reel. In some reels it is not a screw but a clip. 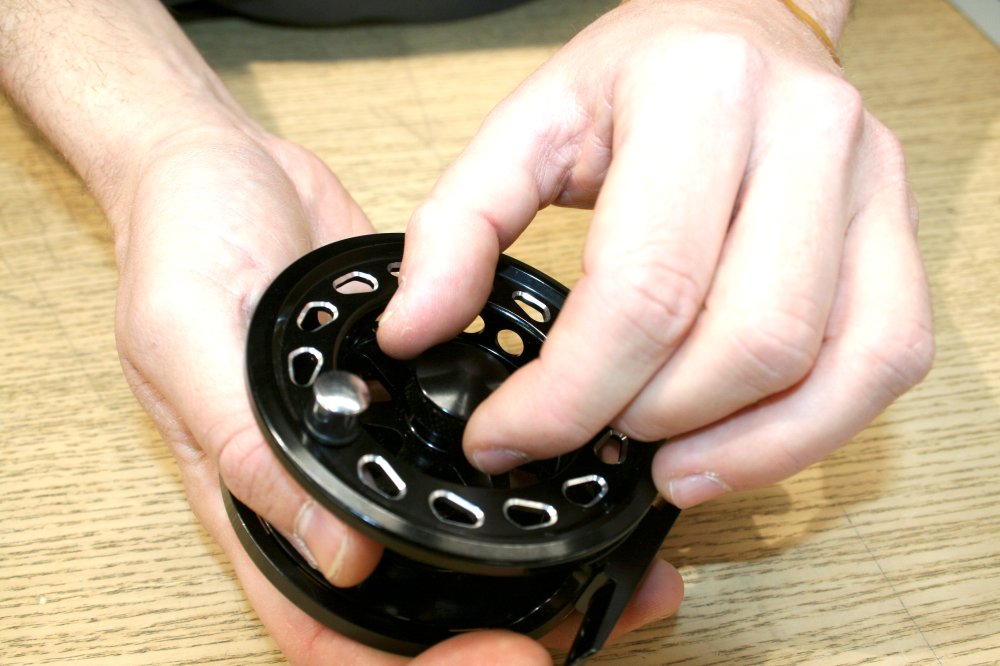 STEP 2
to Separate the two cheeks of the fly reel, holding firm with one hand on the cheek that hosts the foot while with the other slide out of the rotor, which houses the crank. 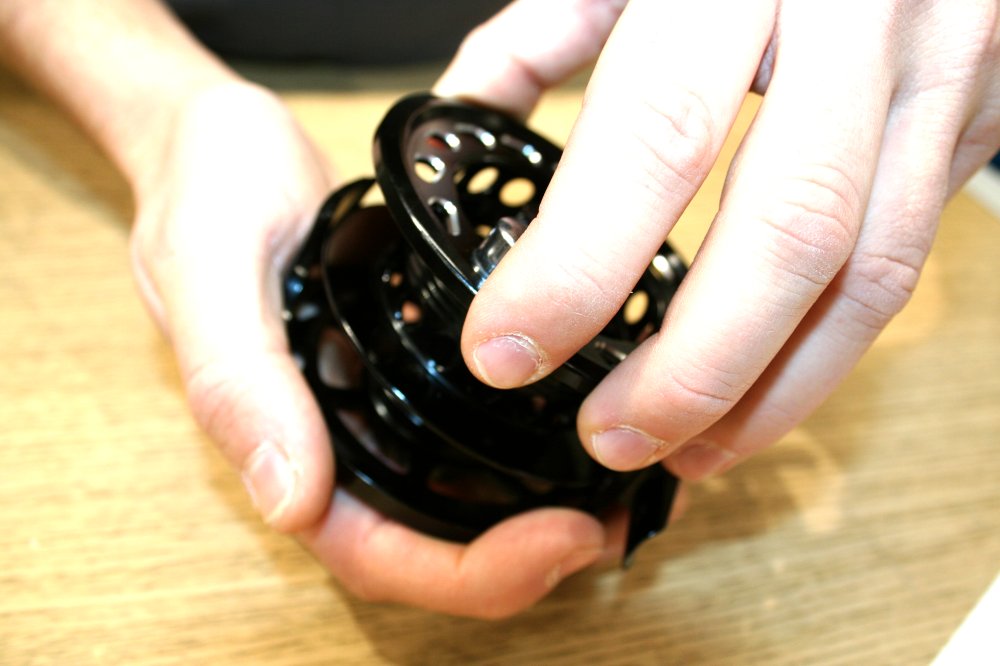 STEP 3
Here are the two cheeks separate. To the left is the cheek that hosts the foot of the reel (materially, to the ledge that allows us to attach it to the barrel), to the right of the rotor, we have turned to the contrary. 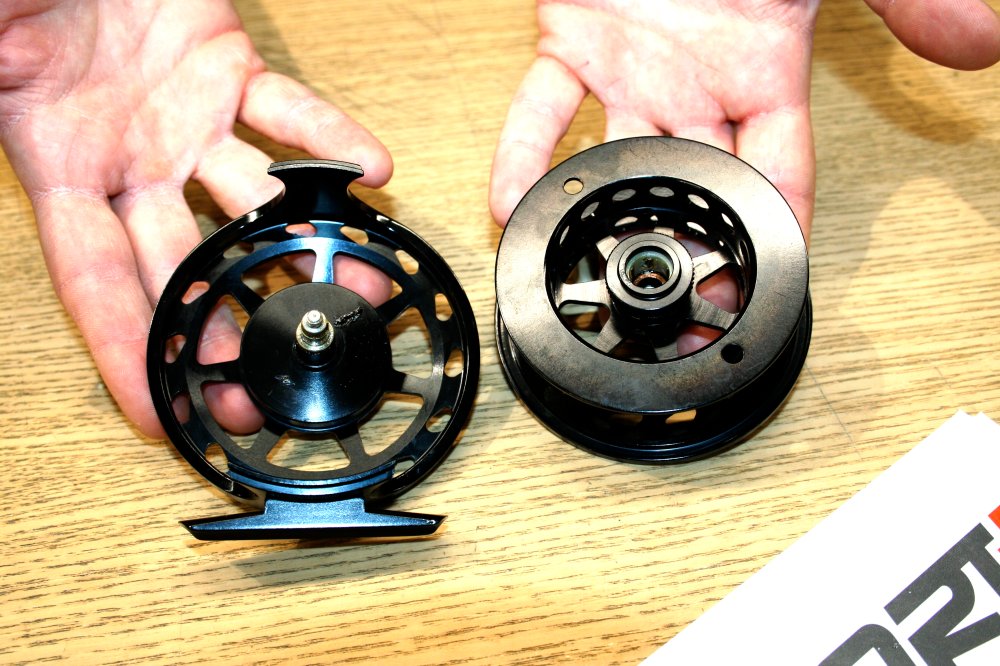 STEP 4
In the central part of the rotor is a nut protected by a screw that acts as a block. At this point we have to unscrew the lock. 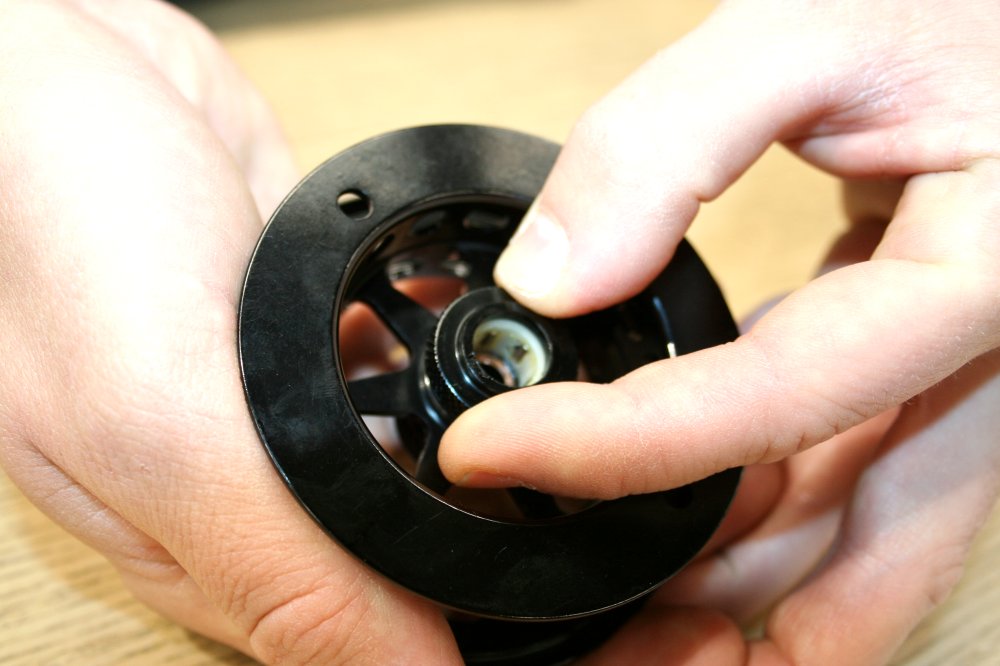 STEP 5
once you have unscrewed the block, we discover the presence of a central nut thread that is the one that gives the "sense" of a turn at the reel. Since you usually want the reels are well greased and oiled, you may need to use gloves to not get dirty. 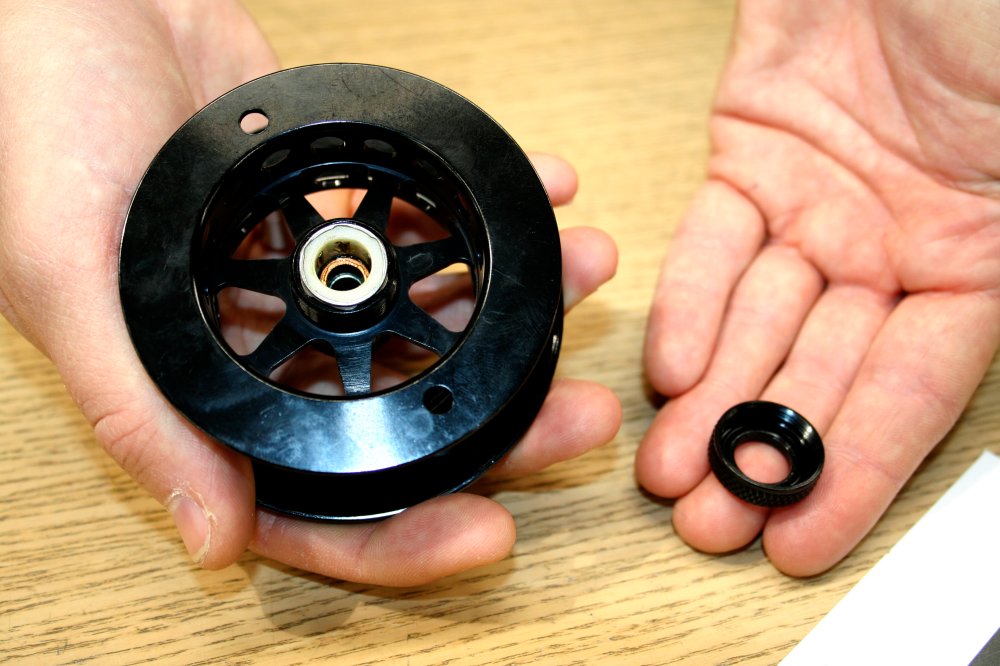 STEP 6
With two fingers, or by helping us with a tool (tweezers) in the case where the nut was stuck, and remove the fact the central nut from home. 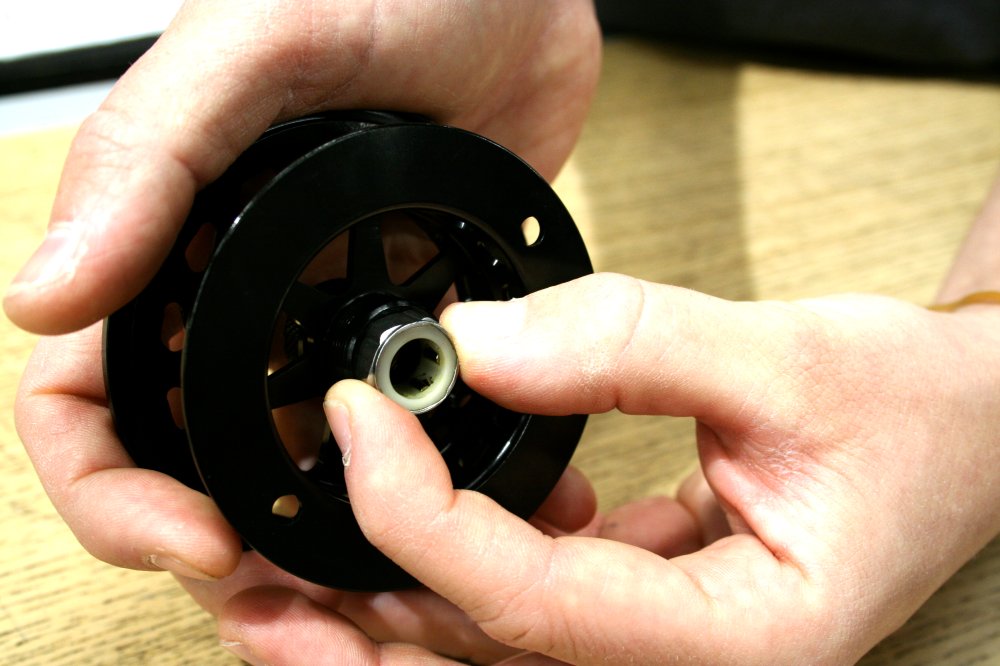 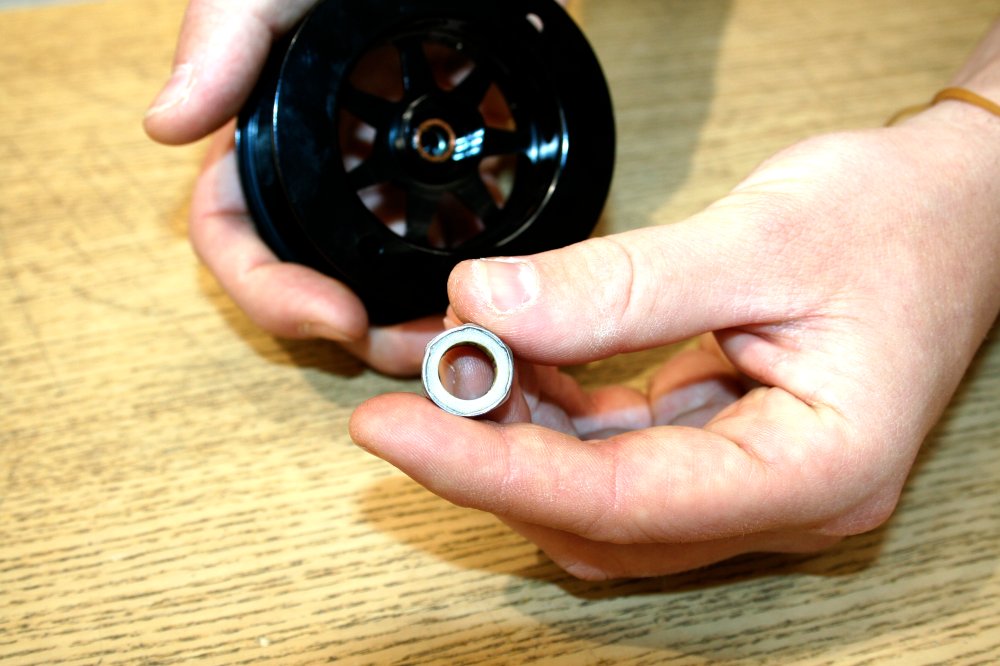 STEP 7
At this point, the step is very simple: turn on the nut, a kind of movement duplex. The two parts, as you'll notice from the photos, are slightly different. 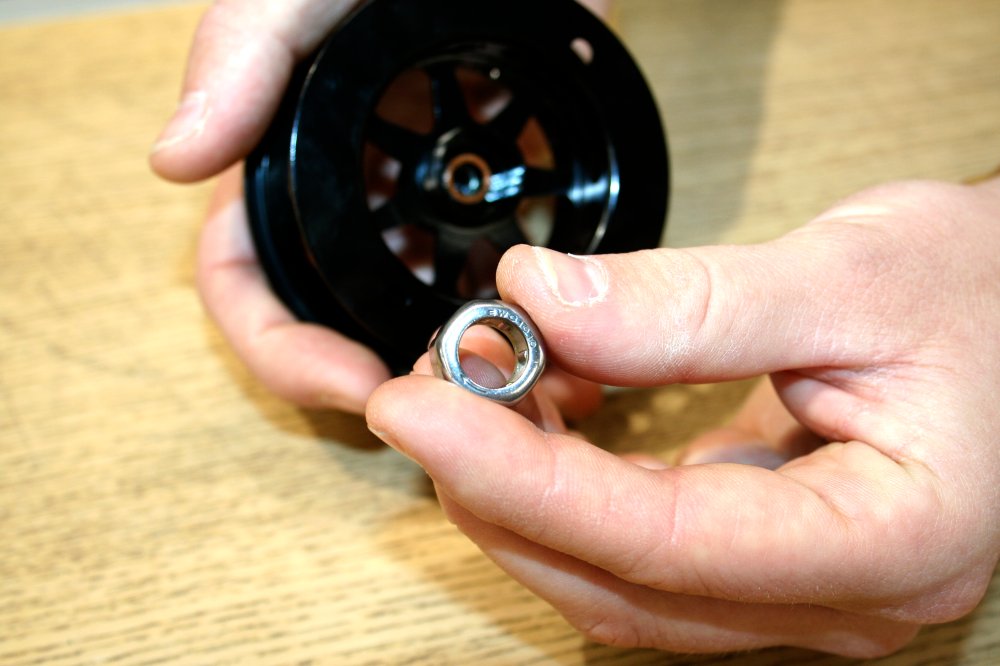 STEP 8
Throw the die again inside his home, paying attention to insert it in the opposite direction. If you want, you can grease the nut further. 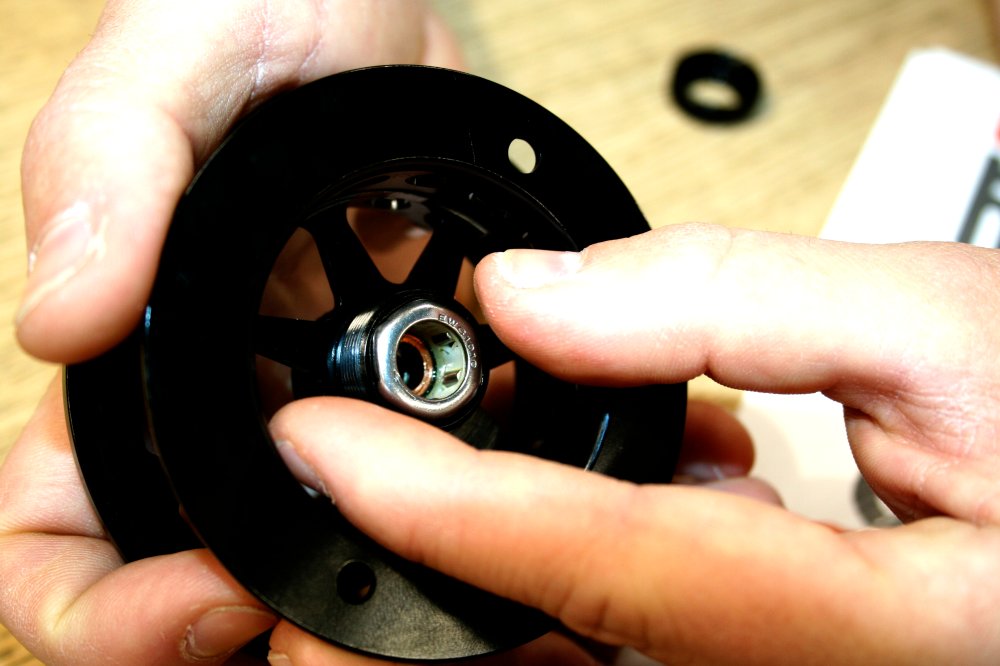 STEP 9
Now we have to close again the reel. The first step to do is to reapply the lock on the nut, by screwing it in again. 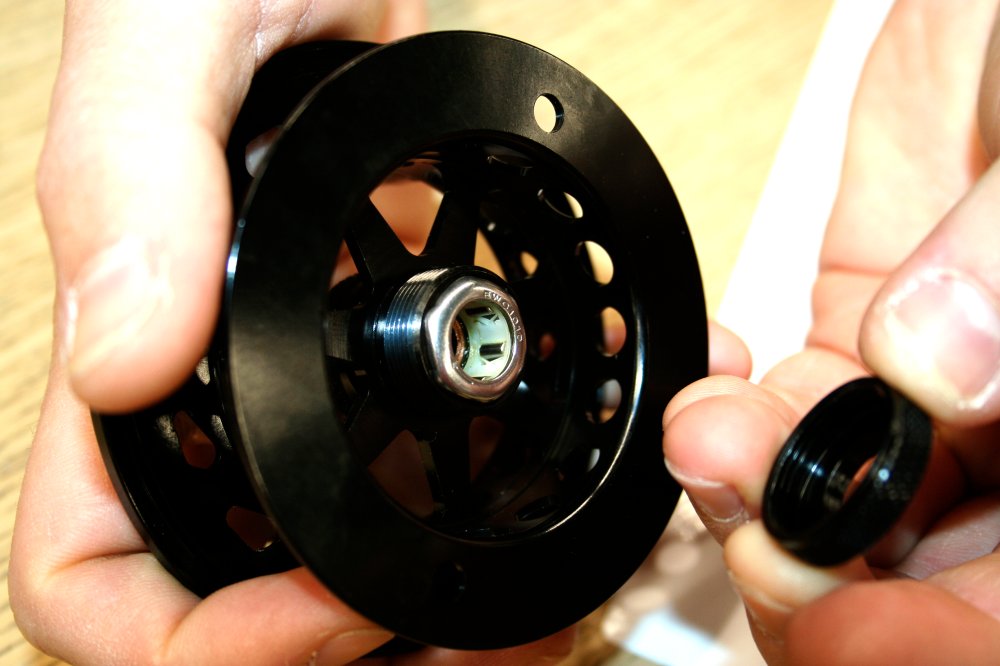 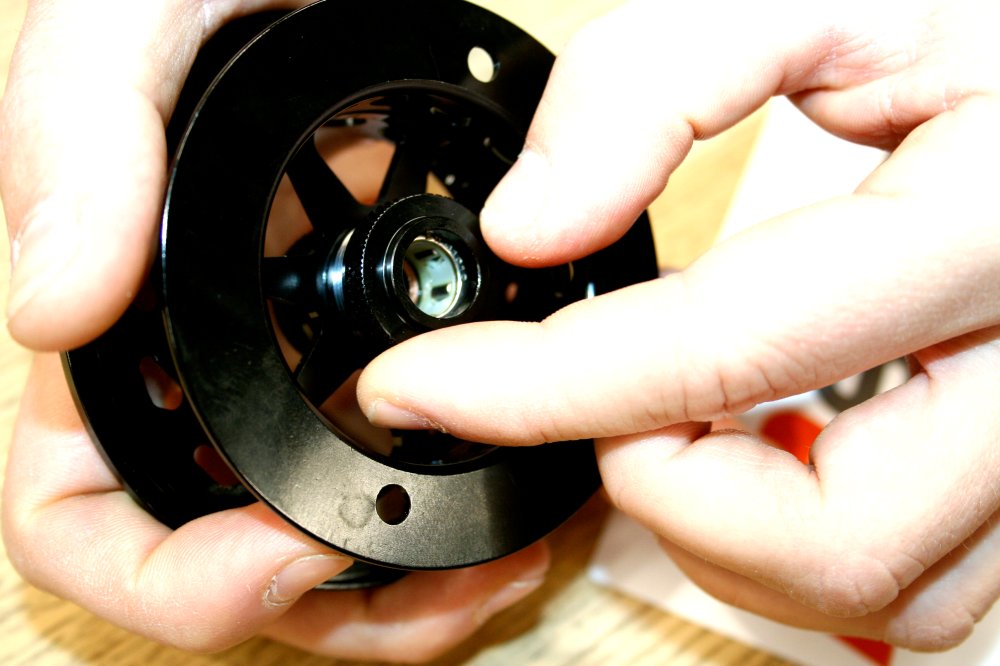 STEP 10
Now we have to gather the two cheeks of the reel seat. We must neither invert nor reverse. Simply, to be brought together as they were at the beginning, when the reel was reversed. 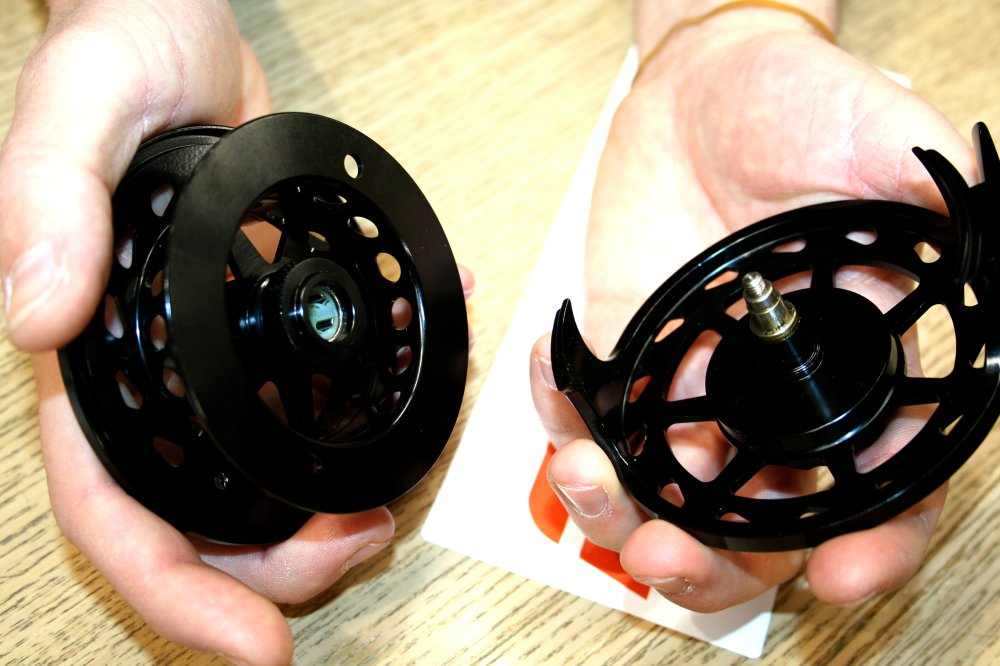 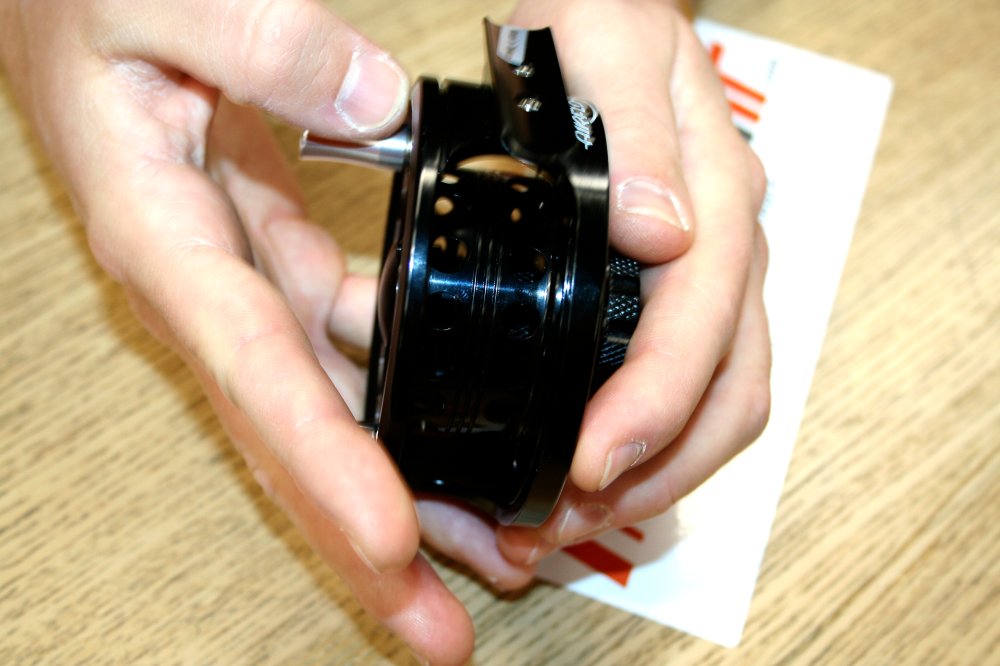 STEP 11
Et voila, the game is done. Riapplichiamo the lock screw on the reel to close it again. It is now ready to be applied to the barrel "to the contrary". In fact, by turning the crank, we realize that the sense of rotation is changed, and will then be suitable to be mounted on the fly rod with the crank to the right. 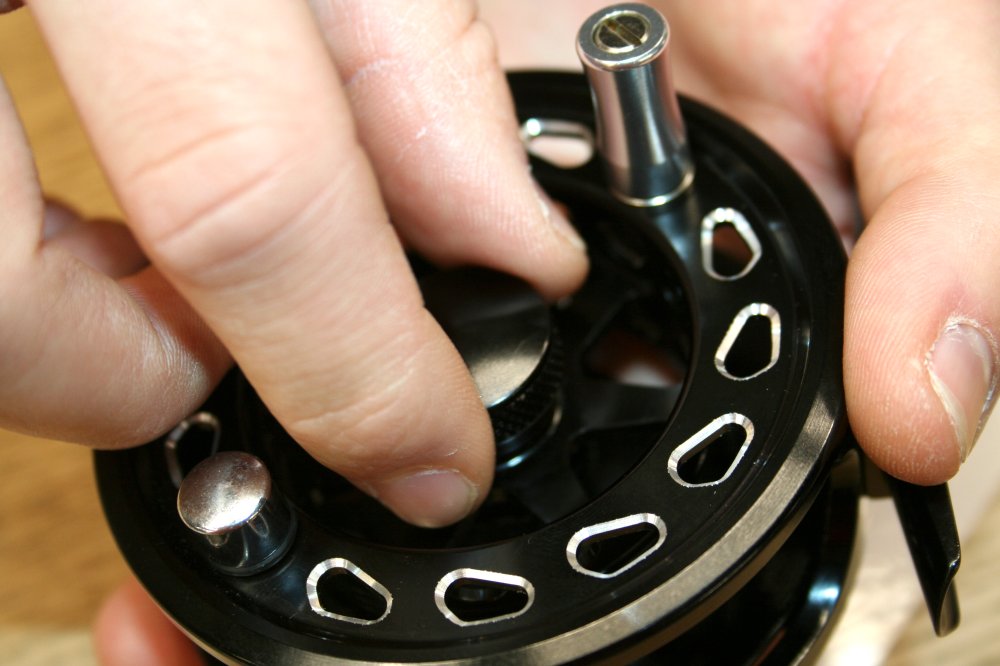 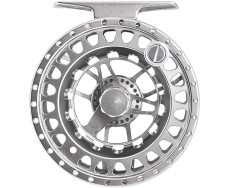 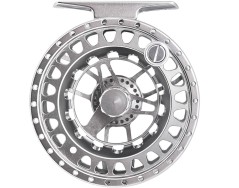 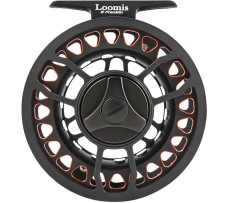 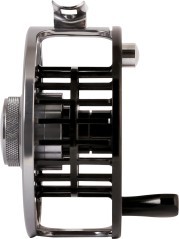 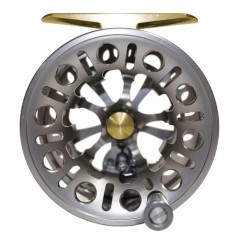 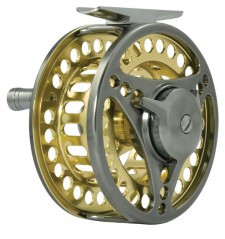 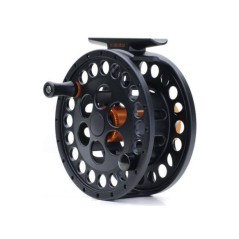 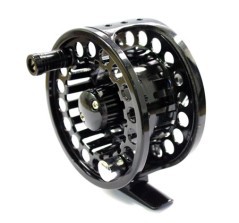 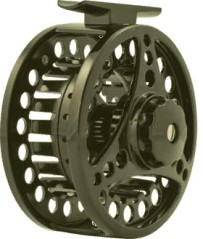 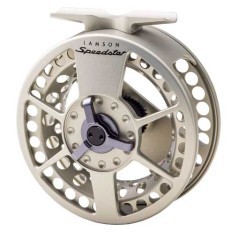 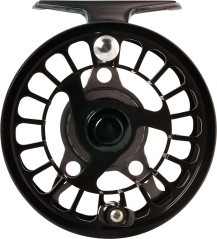